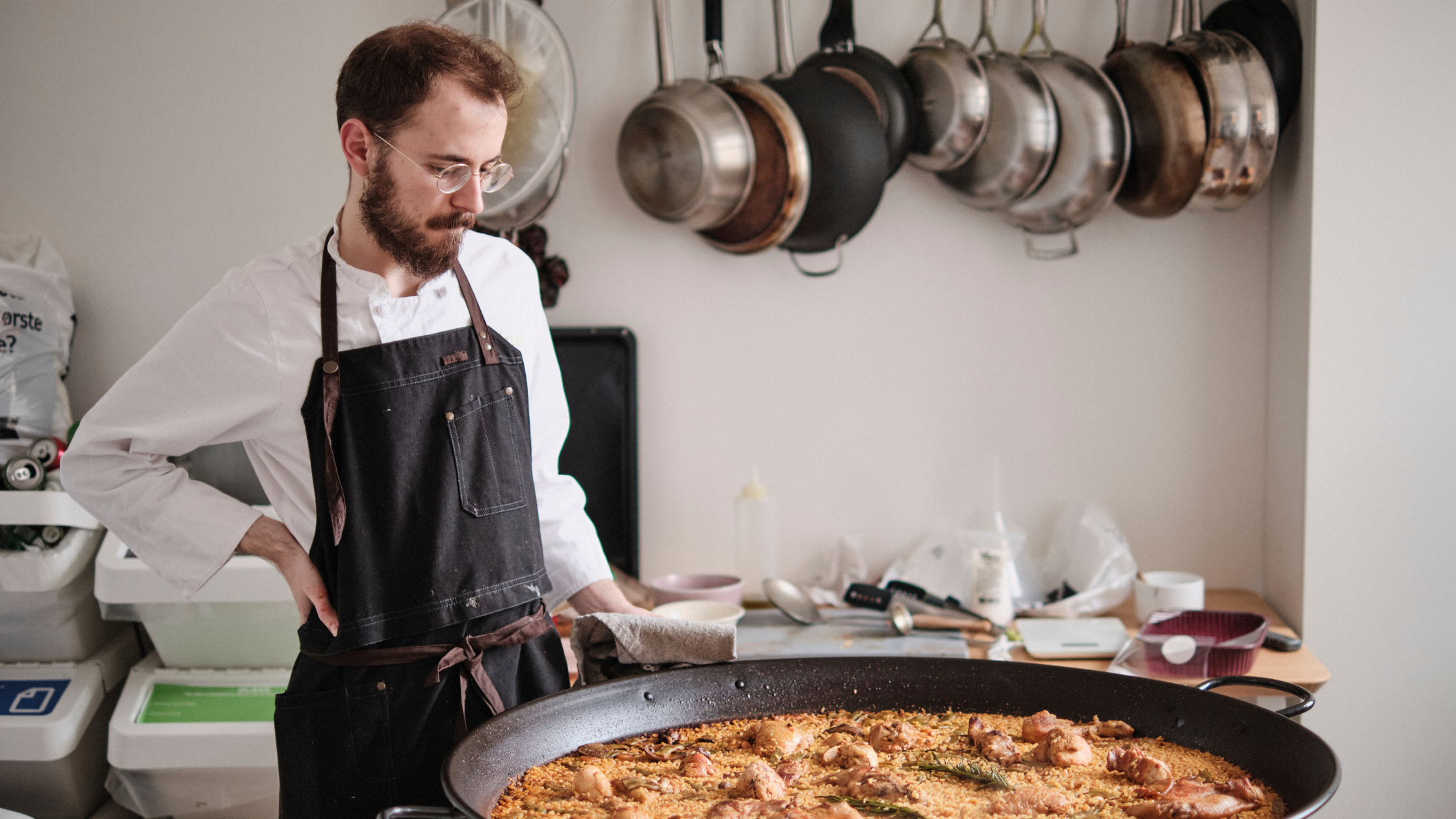 Gabriel is from Valencia, Spain and has been living in Copenhagen for two and a half years! He is an Electrical Engineer and is doing a masters in Space Technology. Outside of work, he is an incredible home chef who hosts dinner parties and cooks for his flatmates often. He makes an unforgettable paella! 🥘 Gabriel also into film and audiovisual production and is gearing up to create another documentary soon. He is an active part of the LifeX community and we’re so happy to have him living with us!

How long have you lived in Copenhagen?

I’ve lived in Copenhagen for two and a half years. I’ve lived in my LifeX apartment for two years, actually with the same group of people the whole time.

What are your favourite things about living in Copenhagen?

I really enjoy the international community as well as the diversity of cuisines and dining experiences. It’s nice to live in a city that appreciates different foods from different cultures, you can see in the variety of restaurants. My flatmates and I cook a lot so there are certain foods I wouldn’t ‘bother’ going to a restaurant for, like Spanish food or pasta. I also like that when there is a sunny day in Copenhagen people really embrace it, in Spain we’re so used to the sunny weather that we can take it for granted a bit. 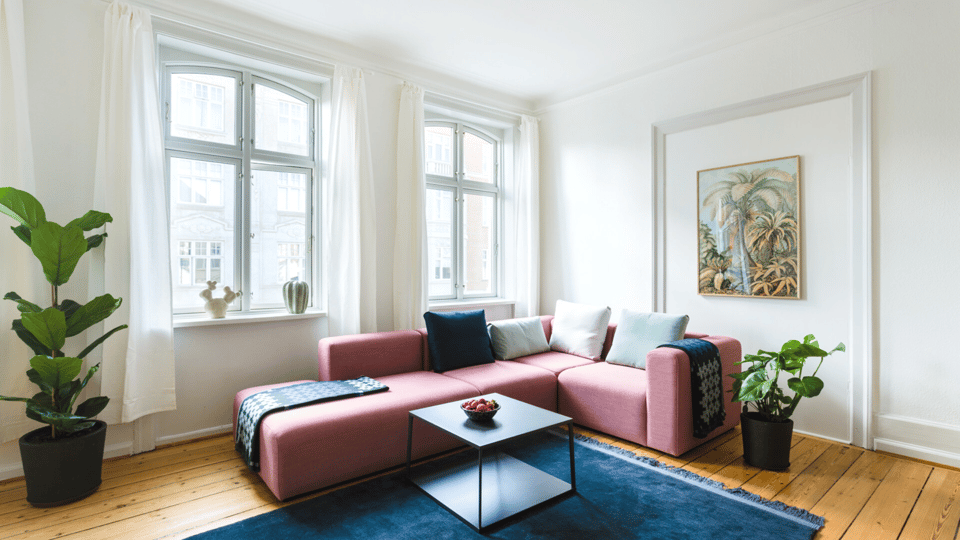 What will we catch you doing on the weekend?

In the last year, because of Corona, I’ve been going to lots of small gatherings at home. Having friends over and going to friends places. Since things have opened up, I’ve been enjoying going to restaurants and bars. On sunny days I love going to Reffen and La Banchina.

We’ve heard that you’re an amazing cook, do you eat together often as a household?

At my apartment, we eat every meal together. I cook all the meals - we don’t really organize it, it’s just common knowledge that if you come home around 19:00 or 20:00 there is dinner on the table and a place for you. We divide the tasks a bit so my flatmates clean up after. We share everything in the kitchen, I’m glad that we have this arrangement. I’ve chatted with some other LifeX members and staff and I think we’re the only house that eats every meal together. 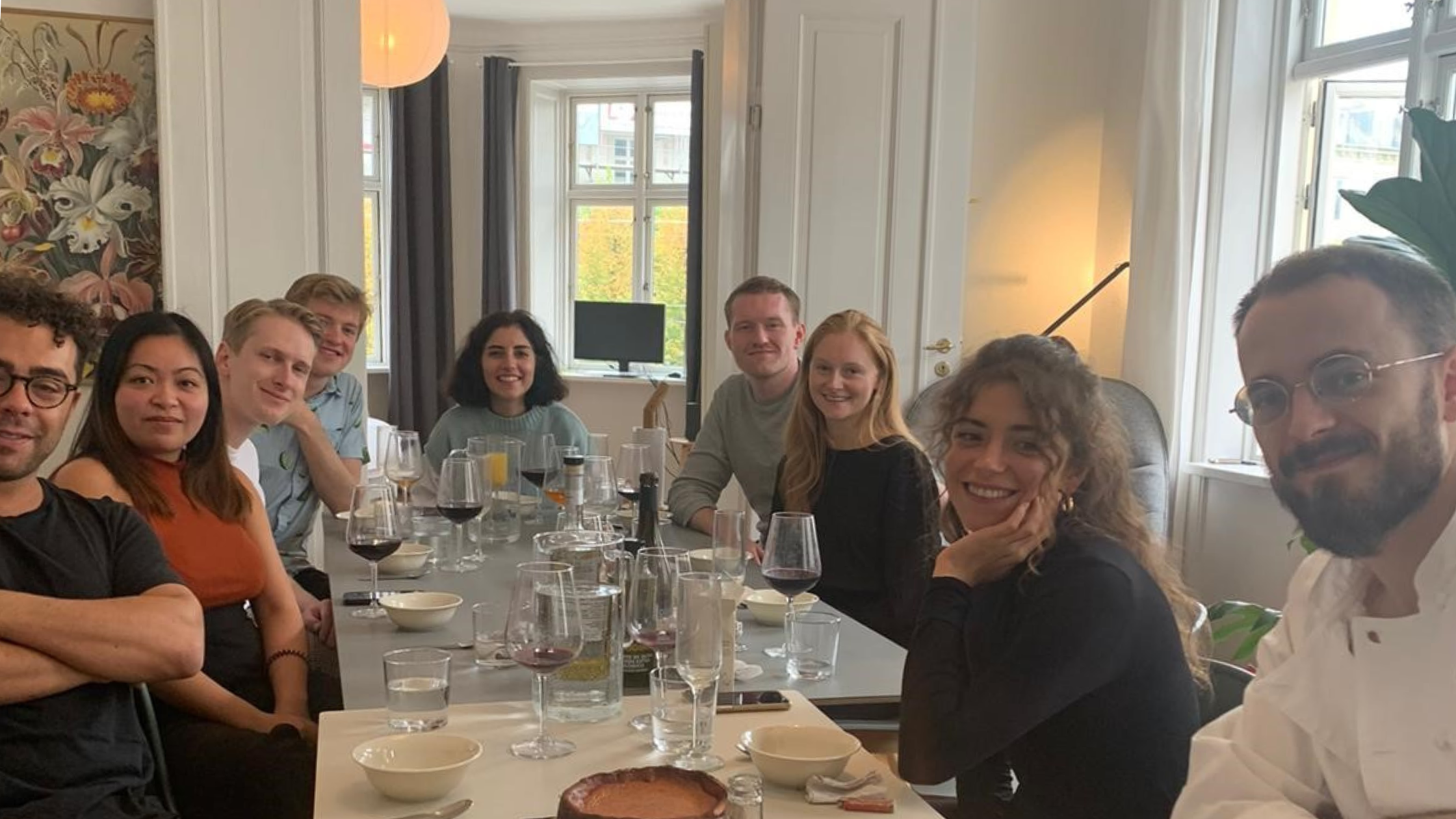 What’s your occupation? What do you enjoy the most about it?

I’m an Electrical Engineer and I’m doing a masters in Space Technology - it sounds cooler than it is. My favourite thing about it is that I get to work hands-on with technology and solve real problems. My professors are active professionals involved in real projects that we help with. For example, they worked with the camera which is on the current Mars rover, so I’ve had the chance to hold a version of that camera.

Are you working on a new skill or learning anything new at the moment?

I’m on vacation and trying to not do too much at the moment! I will be taking some professional cooking courses soon so I can take my cooking to the next level. I might join a culinary school as well in the coming months. I’m also into film and audiovisual production, I have a company in Spain and work creating documentaries. I’m looking forward to making my next documentary. Since I’m so passionate about cooking, I might want to do it about Valencian cuisine. 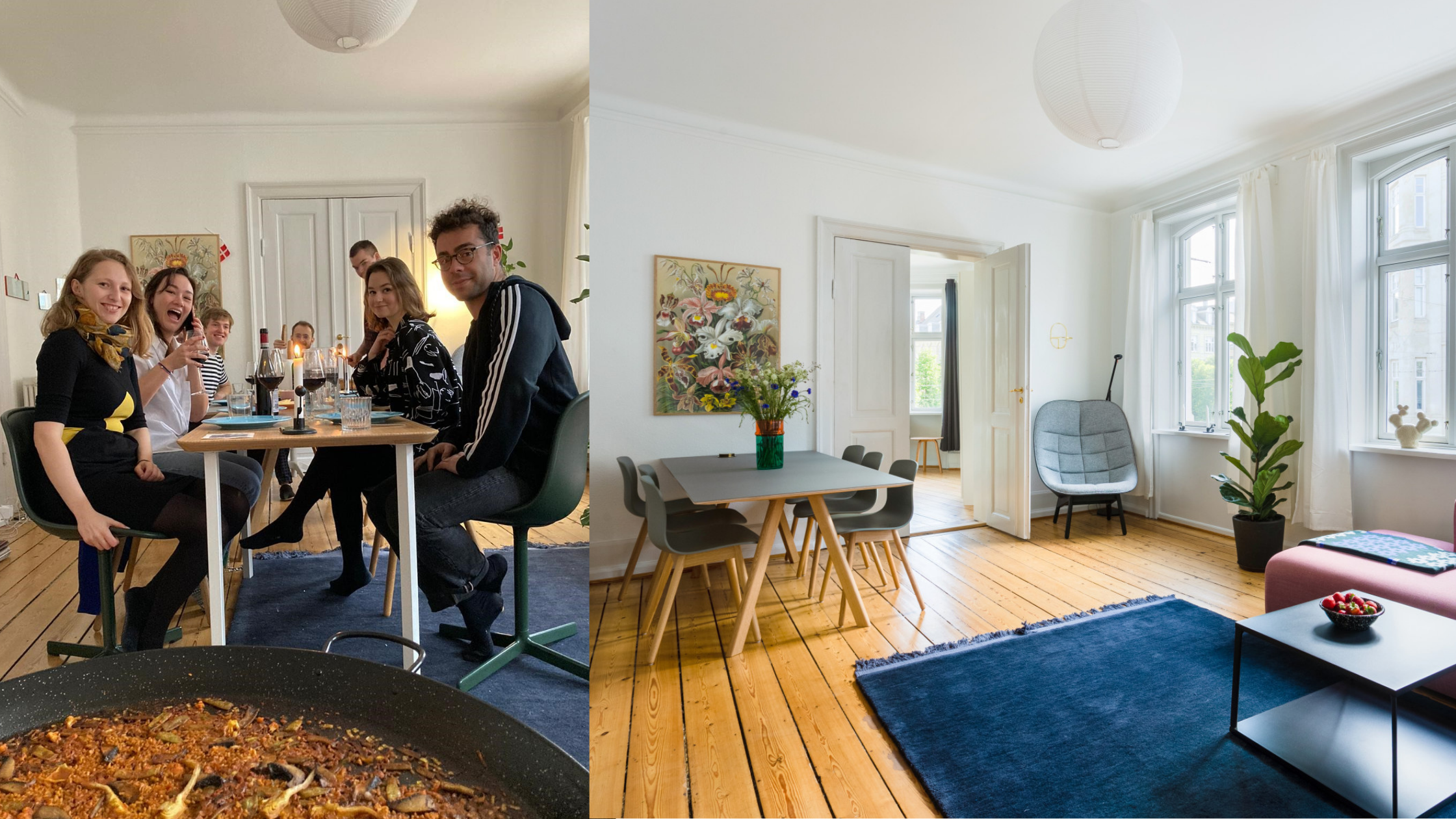 What are your go-to guilty pleasures?

Video games, in many cases I need to stop myself from buying a gaming computer because I will spend too much time on it. Also YouTube, especially videos about cooking and about what’s going on in the world - it’s an easy rabbit hole to fall down for me!

Do you miss anything about your home country?

I miss the dining culture and how simple it is to arrange to meet up with some friends for a few beers. In Denmark, the drinking culture can be a bit intense at times and meeting up with friends can require a lot of planning. In Valencia, I love going out for casual lunches where you stay there talking, eating, and drinking for hours and hours. 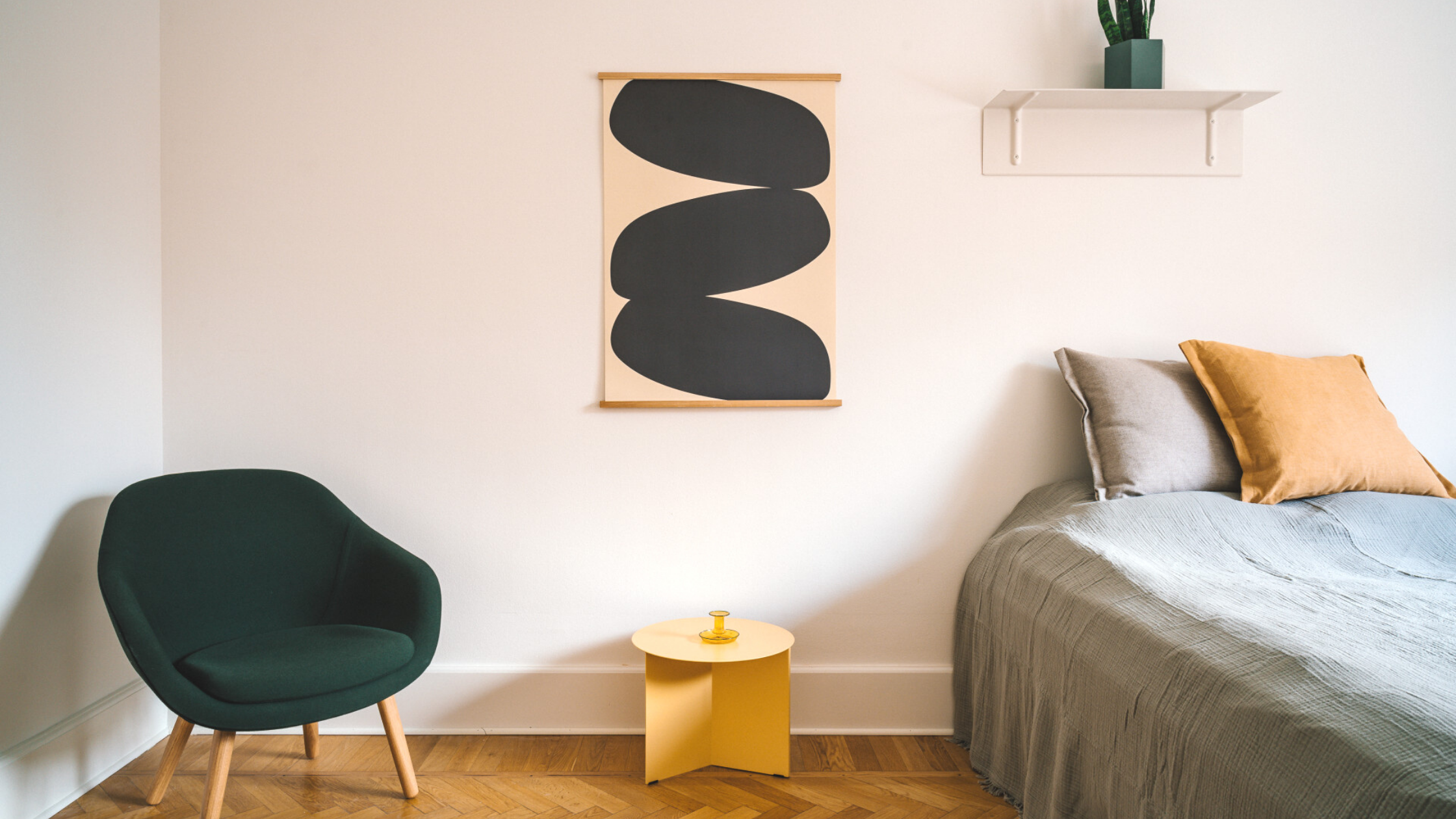 One of the nicest things that has happened at LifeX is meeting many new people and developing a community centred around sharing meals, like paella and other cuisines.

If you’re interested in joining the LifeX community, check out our available homes here and sign up to chat with our team who will help you find the best home for you! We have homes (and more amazing members like Gabriel) in Copenhagen, London, Paris, Munich, Brussels, and Berlin!